Wild Hot Chilli Reels is a classic slot from Red Tiger, which comes with a low-med volatility and 95.75 RTP, featuring Nudging Sticky Wild symbols that can produce wins of up to 500x the stake. Play for free and claim a bonus

Ready to play for real at Captain Spins?

Ready to play for real at Videoslots?

Ready to play for real at Casino Land?

Ready to play for real at Skol Casino?

Ready to play for real at Casino Lab?

Ready to play for real at Play Luck?

With the Wild Hot Chilli Reels, slot developer Red Tiger returns to a classic slot niche to please the old-school-loving audience with a new exciting release. Like always, the slot comes with Red Tiger's signature top-notch graphics but has a tad weird math model and straightforward gameplay.

One thing Red Tiger never fails to bring to perfection is the design. The devs didn't derogate from their regular approach and Wild Hot Chilli Reels boasts charming design, at least by the classic slot niche standards. The background is rather simple, but when it comes to visual effects and symbols, Wild Hot Chilli Reels is at the top of its class. Most importantly, it doesn't look outdated like tons of other classic slots, and that's the first thing why it sticks out from the niche. 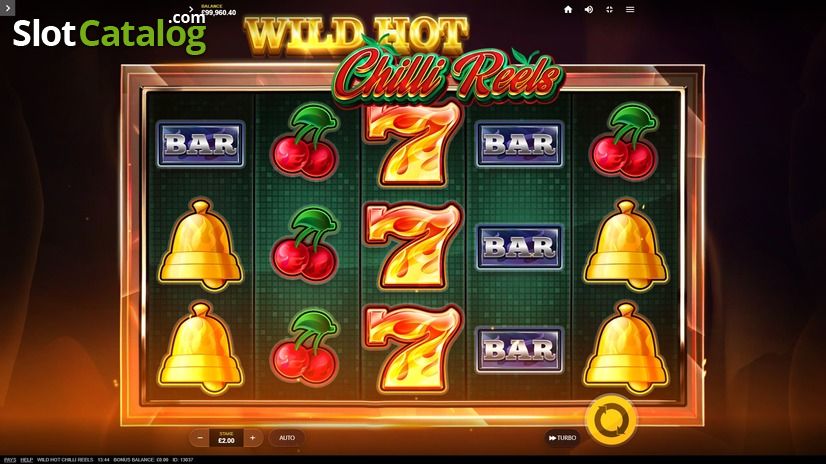 Another thing, sadly, is the math model. It comes with low-medium volatility that plenty can take on, yet the hit rate is really awkward, so don't expect to get showered in wins. Speaking of wins, don't expect to win big either, as all you can hope for on a single spin is 500x the stake, which is quite low even for a classic-themed slot. The RTP is also beneath the average level at 95.75%. Anyway, bet options vary from $0.1 to $200 per spin, so it should appeal to both high-rollers and casual players.

In Wild Hot Chilli Reels, the actions take place across a reel set made up of 5 reels and 3 rows, producing 10 paylines. It comes with a both-ways pays mechanic, which in fact doubles the number of ways to win. To score one though, you'll need to land at least 3 instances of the same symbol adjacently starting from the leftmost or the rightmost reel. Full combos meanwhile are achieved when 5 symbols land on a single line.

As we head over to the paytable, we see a bunch of familiar symbols, split into two categories. On the lower side, the pay symbols include in ascending order bars, cherries, lemons, and starts. Then go 3 high-paying symbols, made up of bells, diamonds, and lucky sevens. Five-of-a-kind low symbol wins are worth from 2.4x to 5x of the bet, while premiums from 6x to 45x.

As the title implies, chilies have to play an important role in the gameplay, and they do, appearing as Wild symbols and playing into the features, explained below. 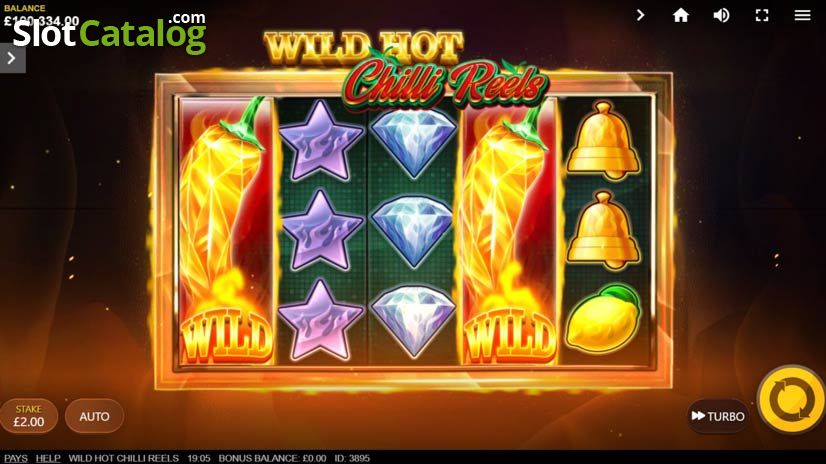 Wild chilies can appear on any reel during the gameplay, and they always land in stacks. If a Wild symbol lands on the grid partially, it always nudges up or down to cover the reel entirely. Besides substituting for any other regular symbols, Wild chilies stick to the reels for the following spin whenever they land, and if a new Wild symbol lands on the next spin, all other visible Wilds get locked in place for the next paid spin. If all 5 reels get locked with Wild symbols covering them, a top prize of 500x the stake will be awarded to the player.

Red Tiger has hardly ever stepped away from its high design standards, but the same cannot be said about the math model, which often gets neglected in favor of other game aspects. Hence the issues found in the Wild Hot Chilli Reels slot, which boasts high-end graphics, but fails to offer solid math players can rely on. Max payout leaves much to be desired, and despite the slot is powered by a low-medium volatility math model, you won't hit wins too often due to poor hit frequency. As for the gameplay, well, those who appreciate classics won't find anything to complain about here. All up, if you're seeking a nostalgic experience, Wild Hot Chilli Reels will surely fulfill your needs, of course, until you're OK with relatively bizarre math.

No comments so far, login to write the first one!

❔ What are the key stats of Wild Hot Chilli Reels?

❔ What bonus features are included in Wild Hot Chilli Reels?

The slot's only bonus feature is its Wild symbols, which land in stacks, nudge when appear partially visible, and stick to the reels for the next spin to produce more wins.

Of course. It's compatible with all known devices, including PCs, tablets, and smartphones.

❔ Where can I play Wild Hot Chilli Reels for real money?

Check out the best casino list. for this slot we prepared for you, and don't forget to claim a welcome bonus to start your session on a good note.

❔ Can I play Wild Hot Chilli Reels for free?

Sure you can. You can play the free demo here at SlotCatalog.

In June 2021 Wild Hot Chilli Reels (Video Slots from Red Tiger) reached its highest recorded position, #48 in the UK market. View the proof of achievement on the game’s SlotRank page.

Embed the badge on your site!

Ready to play for real at Paddypower (Games)?

Ready to play for real at Lights! Camera! Bingo?

Ready to play for real at Jackpot Mobile Casino?

Subscribe to receive our weekly newsletter including full coverage of new game releases, exclusive game releases and great bonus offers. It doesn’t matter whether you’re a Player, Online Casino Operator or Game Developer, we have something of value for you!